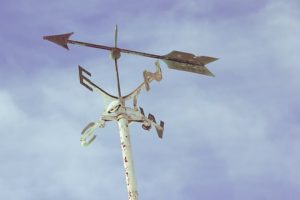 A scientific discovery in March sparked the imagination of acupuncture advocates for its potential to explain more about how the technique works to treat pain.

The announcement of the “interstitium” offers the potential of more research into acupuncture’s efficacy. Importantly, it may also help scientists better understand how cancer spreads through the body.

A breakthrough with such wide-ranging benefits might be cause for excitement, but many physicians and others have criticized the announcement and publicity that surrounded it.

One point of contention was the characterization of the interstitium as a new, never-before-recognized “organ.”

Scientists and doctors had known of the existence of the interstitium, but they had examined it primarily only outside the body. The intertwined honeycomb of collagen seemed like a matrix beneath the skin that connected muscles and other tissues, and nothing more.

The recent discovery with new techniques, though, showed that the interstitium is filled with fluid — and that changes everything we know about it. The existence of fluid means that the interstitium might be another means of transportation throughout the body, in addition to the blood and lymph systems.

What does it mean for acupuncture?

The new interstitium discovery immediately gave rise to theories about how acupuncture might work to address pain.

The hypotheses focused on meridians, described in traditional Chinese medicine as pathways that allow needle placement in one point of skin to ease pain in another part of the body. The meridians do not coincide with muscles, nerves or other known connections, though, which to some, demonstrates that acupuncture results are due more to a placebo effect than actual medical responses.

Although acupuncture doctors and patients argue in support of the true benefits, many in the Western medical community have been slow to accept acupuncture because of the lack of proven evidence of how it works.

Next phases of research will concentrate on the interstitium’s contribution to the spread of some cancers. Because the interstitium is connected to the lymph system, scientists speculate that it may explain how cancer cells move from an original site to other, seemingly unrelated areas of the body.

But scientists are also already researching the potential that the interstitium provides the pathways for Qi, the life force described in Chinese medicine, to flow through acupuncture meridians. Confirmation would not make acupuncture more effective, but it could lead more Western doctors and scientists to accept what practitioners of Chinese medicine – and their patients – already understand about acupuncture.