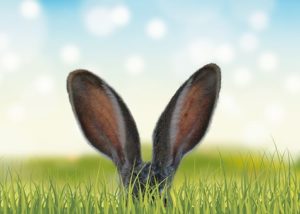 Movie stars drawn to auricular acupuncture enjoy its benefits in pain reduction, and also make it part of their fashion statements. Benefits for the rest of us include its portability – it can be practiced in nearly any setting – and the discovery that our ears are a kind of portal to the rest of our body.

Even the military studies and practices auricular acupuncture for treatment of post-traumatic stress and other issues specific to combat.

Auricular acupuncture is an offshoot of full-body acupuncture, and was first practiced hundreds or thousands of years ago in China. A French physician, Paul Nogier, is credited with popularizing the concentration on the ear in the 1950s.

Military acupuncturists with the Chinese Nanking Army were among the first to practice it as a way of testing Nogier’s theories, which were substantially confirmed.

Nogier determined that 200 or more points on the ear correspond to points in the rest of the body, including the brain, other organs, muscles and the spine. Full body acupuncture works much the same way, with needles inserted in areas along a map of a person’s life force, or qi. Acupuncture promotes free flow of the qi, allowing it to bring healing to parts of the body that are ailing or inflamed.

Auricular acupuncture can be performed while the patient is sitting and fully clothed. The practitioner will examine the ear for redness or other signs of stress and, as with regular acupuncture, ask patients many questions about their overall health and lifestyle.

After treatment with needles, small beads are sometimes placed on spots on the ear with adhesive to offer continued stimulation.

While acupuncture has been popular among the rich and famous for years, auricular acupuncture got a boost when Penelope Cruz and Matt Damon were spotted with ear seeds. Media outlets began writing about it and more non-celebrities began seeking it out.

As with whole body acupuncture, you should only work with a licensed and board certified practitioner to guarantee the highest-quality service.

We will answer all you questions about acupuncture and its benefits. Call (860) 413-2118 or email us at info@mayfloweracupuncture.com to schedule a free consultation.